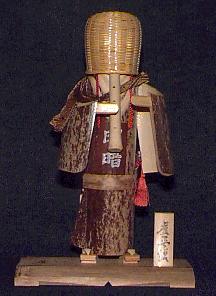 The Shakuhachi is a Japanese, end-blown, bamboo flute which I began learning in 1993. In the early 1970's, while I was in college, I became interested in the music of the French contemporary composer Olivier Messiaen. One of the recorded works of Messiaen that I owned at the time was a piece called "The Turangalila Symphony". The recording was an RCA Victor release with a (very familiar) Robert Indiana painting “Love” on the cover. It was a double album and contained another piece of music performed by the same orchestra and conductor (The Toronto Symphony/Seiji Ozawa). The piece was called "November Steps" and was written by the Japanese composer Toru Takamitsu. It was scored for Shakuhachi, Biwa, and Orchestra. Now, I had no idea what a Shakuhachi or a Biwa was at the time, but the music was beautiful, particularly a strange flute-like sound. The Biwa is a Japanese lute-like instrument and the Shakuhachi, as I've stated earlier, is indeed the flute-like instrument on the recording. I discovered, later when I became more knowledgeable on the subject, that the Shakuhachi player on that recording was one of the most skilled Shakuhachi masters of our time; Katsuya Yokoyama. 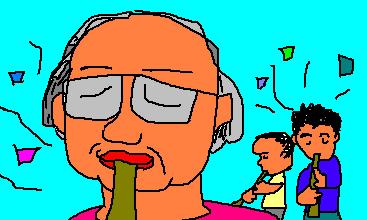 A very nice rendering of Yokoyama Sensei
and a few of his followers.

by my friend Ikuko Miyahara Armandi

Many years went by, and it wasn't until the 1990's that I acquired my first instrument and began playing (and eventually,taking lessons with Michael Furuta.) Since then I've carried my flute with me on my excursions to Montana, Japan, and Mongolia.

From July, 5 through July 10, 1998, I attended the World Shakuhachi Festival in Boulder Colorado. I have PDF of 3 sets of photographs taken at the Festival

More photos can be found at Monty Levenson's Web site. 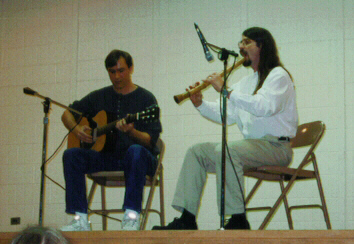 Steve (a friend) and I performing a duet